He Said, She Said

Recently, I’ve been extremely concerned by the current philosophy that you should treat everyone the same. I don’t know about you, but I wouldn’t speak to my 90-year-old grandmother the same way I would my 10-year-old granddaughter. This lack of sophistication and subtlety would fly in the face of common sense. It’s just plain silly. No professional communicator would promote the idea.

But the current social trend is to speak exactly the same to men as to women, eliminating any stereotypical or gender bias from conversations.

Let’s not forget that recently Google sacked one of its employees because “portions of (his) memo violate our Code of Conduct and cross the line by advancing harmful gender stereotypes in our workplace,” according to Google’s Chief Executive Sundar Pichai.

Increasing social awareness of gender-bias in language has been a delicate subject for some time. But political correctness gone mad is not advisable either.

Replacing Spotted Dick on a Council menu with Spotted Richard elevates the need to police words to the ludicrous. Flintshire Councillor, Klaus Armstrong-Braun, criticised the ban on the original name of the pudding. He said, that the bosses who had made the decision would soon be “frightened of their own shadow.”

Way back in the 18th Century, Samuel Taylor Coleridge warned, “Every reform, however necessary, will by weak minds be carried to an excess, that itself will need reforming.”

And in our own time, Charles Kennedy remarked that, “The growing influence of focus groups means we are all in danger of being excessively cowed by their feedback.”

It’s curious that no matter how often eminent neuroscientists, brain surgeons, and psychologists (using modern, scientific technology) tell us that the brains of men and women are wired differently, you can find yourself up against the age-old conundrum. Science verses Ideology.

This is an important issue in customer communication. Should companies train Customer Service staff to have a one-size-fits-all conversation with customers, or should they go for a more sophisticated approach that flexes to the personality, age, intelligence and gender of the customer?

Psychologists have always been interested in individual differences. In fact, Edinburgh University currently offers a Masters in the subject. It’s long been a subject of research in this field.

So we thought we’d do a bit of research of our own and where better to start than in a Government Agency which takes 12.5 million calls a year from 45 million customers. It’s a sizeable number of callers.

Each member of the 1,100 strong Call Centre Team speaks to roughly 150 people a day, from all parts of the country, from different ethnic and socio-economic groups, and of all ages and genders.

Only 36.89% of the agents said they speak in the same way to men as they do to women.

Almost a half, 46.72%, said they adjusted their conversations to the genderof the caller.

The contrast is quite clear and whilst it’s a given that not every single person will fit exactly into this pattern, the overall trends indicate there are general trend for men and women to be interested in different things. 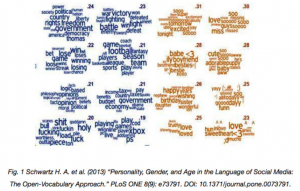 So if the general trend is for men and women to talk about different subjects, are there any differences in the style of communication each gender uses?

It seems so. Over half the agents reported that men are direct, to-the-point and business-like, 55.37%.

This compares to only 20.66% who said women’s conversations were factual. This is a striking difference. 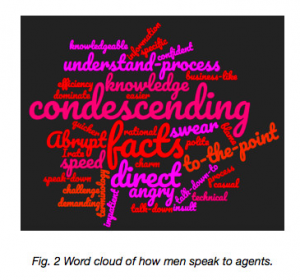 Figure 2 clearly reveals that agents feel men are inclined to take a superior tone, to become angry and abrupt and to talk down to call centre staff. It seems men’s conversations are driven by a need to control or dominate.

Figure 3 confirms what previous research has uncovered many times. Agents thought women were less assured than the men, less confident and more emotional during calls. Naturally, not all women fall into this mould, but many of them do.

So it behoves the agents to understand these general trends but to adjust their conversations to the personalities of individual callers.

Moreover, according to 65.3% of agents, women supply personal informationduring calls. Only 10.74% of men do. This trend is highly significant.

Rapport and empathy depend on understanding people and the more you know about them, the greater your ability to tailor your conversation to the individual at the end of the phone. This is what makes for ‘best in class’ calls and transforms the customer’s experience so that they feel more than just a number.

Depending on whether the caller is a man or a woman, agents said three elements of the conversation are affected. They are ranked in order of importance in Table 1.

That is the entire content of the call is affected by the gender of the caller.

So a one-size-fits-all style of communication would be a foolish road to go down. In fact, no research to date has shown that men and women talk about exactly the same things, in the same way and with the same emotional / attitudinal bias.

Corporate communication, particularly in Call Centres, Complaints Teams and in Customer Service Departments does need to be sophisticated, subtle and sensitive.

No amount of ideology can withstand the forces of human nature, or reset the behavioural instincts programmed into the human brain by 200,000 years of evolution. 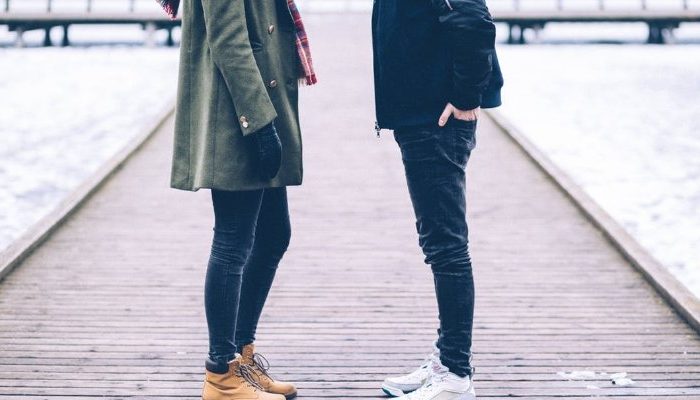