Home > Blog > How Do You Come Across?

How Do You Come Across?

The idea that companies should have a Corporate Personality and a distinct Corporate Voice has been around for at least two decades, primarily in commercial organisations that operate in a competitive market place. Increasingly, Government Departments are also embracing these concepts. This is why we were keen to get approval from Senior Management in one of the Government Departments we are currently working in for the two diagrams we designed, which we felt illustrated the characteristics of the Organisation.

The core traits of the Organisation’s personality are shown in the red circle, while the peripheral characteristics around the perimeter arise out of the two essential qualities in the centre. 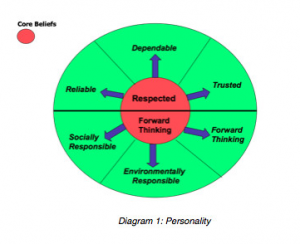 In preparation for the training, four of our team spent three days listening to live calls in the different departments of the call centre. We then selected a cross section to illustrate learning points, and a final batch that we judged most effective for practical exercises during the course.

Over 100 calls were reviewed.

Out of these we specifically selected one that typified the Government Department’s style, tone and language, and included it in a learning module on the Brand.

First we asked 547 delegates – between July 2016 and January 2017 – to evaluate the call based on a generic set of criteria. Then we compared their evaluation of their Organisation’s personality with the characteristics the Organisation wanted to project. 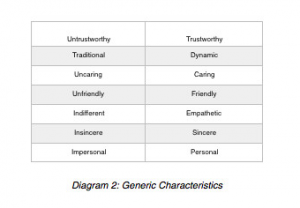 Two elements of the Organisation’s personality are reflected in the list above: Trustworthy and Dynamic.

Delegates evaluated these on a three-point scales below.

It is disappointing the staff felt their own calls were not necessarily seen as trustworthy.

Given the Organisation’s desire to modernise, this result clearly shows the need to deliver a more modern and dynamic communication.

But a personality, whether it be an individual or an organisation, is powerfully reflected in the voice. And our client’s voice is represented by the diagram below, with the core elements in the red circles and the subtle variations in the blue ring at the edge. 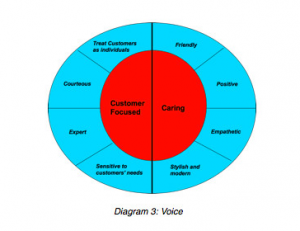 So this time, we were interested specifically in perceptions of care, friendliness, empathy and sincerity.

Because agents have had such good training in process, they have not been focused on engagement with callers. Now they are aware of this aspect of calls.

Generally, staff in this part of the UK are known to be friendly. Because of the heavy emphasis, this was not spontaneously coming across in calls.

Given the nature of some of the calls, past training has encouraged a neutral approach to callers, even those calling about the death of a family member.

In sensitive situations, it is difficult for agents to be over-friendly, but quality assurance are now considering this issue.

A factual approach to callers does prevent agents from becoming emotionally involved, but it also gives the Organisation an indifferent image on some occasions.

As American author Dr Debasish Mridha writes, “If your intentions are good, nothing bad can happen.” However, it is clear that our client was not living up to its brand, which ended up being perceived quite differently from how it was envisaged.

Thanks to our Psycho-Linguistic training, in just over six months we have catapulted our client into the 21st century. By introducing a more modern and vibrant way of communicating, we have improved connectivity with customers. We have helped closing the gap between the Organisation’s personality/voice and the way these come across to clients.

We look forward to sharing our results in our next article. 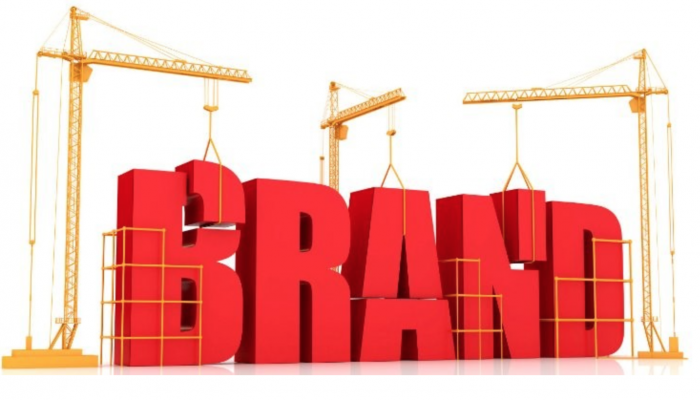